Skip to content
The research compiled by One Path Publishing for Ingenuity Films, LLC, and discussed in the documentary The Coming Convergence, shows that earthquakes are indeed occurring with greater intensity and frequency.

USGS In Denial? |
What does this mean if true? If EQ’s are getting bigger and stronger — more destructive. Shouldn’t the public be alerted by the very government agency tasked to do so (with confiscated taxes!) — USGS?
Whether it’s denialism, protectionism (hiding to elude mass-panic), or intensionalism (letting the calamity occur on purpose), or a mixture of all three, (due to compartmentalization and factions within government) — the people deserve to know.
And, apparently, there is no plan to do that — that is the plan.
Here is the stunning EQ information from the documentary — The Coming Convergence.
The Coming Convergence from Ingenuity Films LLC on Vimeo.
[O]ne of the most commonly discussed natural sign in the end days is the dramatic increase of earthquakes around the world. Something that in geological time would be statistically unprecedented if it were actually happening during what many believe is the last generation. That in the last days, there’d be an increase in great earthquakes, Jesus used verbiage that means bigger earthquakes in unusual places. We’re looking at things regarding, for example, greater hurricanes, greater typhoons.
[…] Things that in nature, you can sense that things are coming undone and yet, if you look at it naturally, you would say, “Well, this is due to global warming,”or “this is due to man’s bad stewardship of the Earth,” but yet the Bible said as we approached the end, this is exactly what we would see. Which by the way, that preempts man’s involvement. The scriptures do tell us that earthquakes, specifically earthquakes, will increase in frequency and in intensity. Now, it describes the pattern of earthquakes as labor pains. But the idea here is, when they’re describing these various birth pains, a lot of it has to do with natural disaster-type events like earthquakes and wars and famine. And we’ve always had these things so people ask, “Well, how is now any different than before?” What you do have is, as with birth pains, is you have an increase in the frequency and in the severity. At the same time as these are increasing in intensity and frequency, you have the convergence of other events. And so you see, we have all these things coming together at the same time. […] But wait a minute. Hasn’t the U.S. Geological Survey, or U.S.G.S. gone on record to state that this is not occurring? That no such increase in earthquakes have been detected around the world? Because this is such a debated topic, the U.S.G.S. gave a press release saying that this was not occurring. As a result, we actually decided to take the U.S.G.S. data, millions of data points. Spent months downloading it, analyzing it, graphing it, studying it. The results were absolutely terrifying. […] Despite what you may have heard in the past, this is the compiled data from the U.S.G.S. from over the last 100 years. Keep in mind that we’re not talking about the millions of micro-tremors that can now be detected from the distribution of more numerous and sensitive sensors but strictly data from the larger earthquakes that can be felt by people beginning at 6.3 and up on the Richter Scale that could be easily detected by early 19th century sensors from virtually anywhere in the world. This data shows what the U.S.G.S. and other organizations do not want you to see. It shows that the earthquakes are increasing in intensity and they are increasing in frequency. This is exactly the description that was prophesied. I don’t believe the U.S.G.S. was intentionally lying to the public, I think they are in denial of their own data. […] In fact, in recent years, some seismologists have even come forward to admit that in truth, there is indeed an increase in large earthquakes globally and even revealed cases where big earthquakes are believed to have triggered additional quakes. However, many felt there was not enough of a concern to present this data through official public releases. But there is reason for concern and even prophetic details within the scriptures insinuating that this very occurrence is the catalyst for even more unprecedented heavenly signs and events to come. 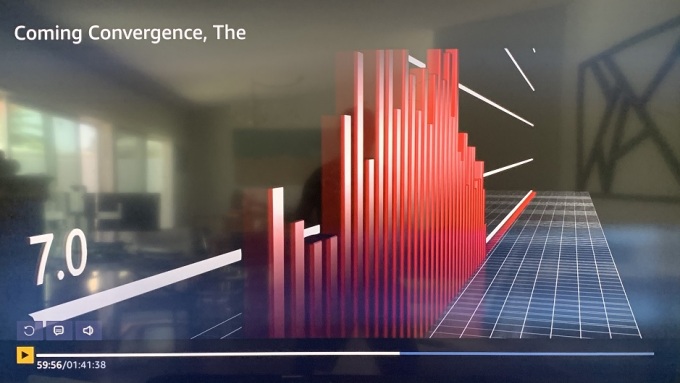 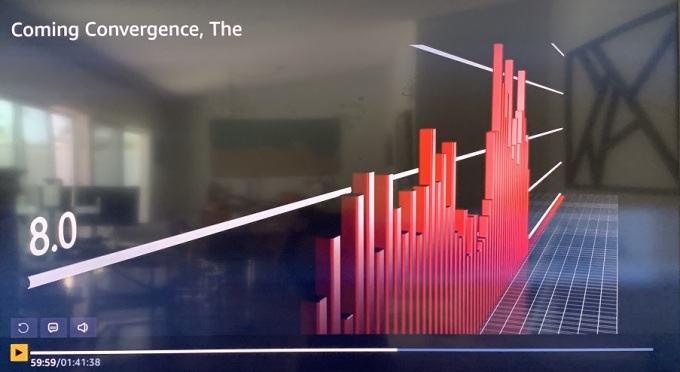 Steve Quayle has been tracking on this same subject for years, citing the downgrading of EQ magnitude in real time.

TOFINO, CANADA, SHOWING 2 –6.2 EQS ON GLOBAL INCIDENT MAP;SQ;EARLY THIS AM JUST AFTER MIDNIGHT I WAS APPRAISED OF MAGNITUDE AND NUMBER OF QUAKES BEING DOWNGRADED AND MANIPULATED,VERY SIGNIFICANT!  – 2020-07-22

Strong and shallow M7.4 earthquake hit near the coast of southwest Sumatra, Indonesia :SQ- QUAKE MAGNITUDEs DOWNGRADED BY USGS.THE ATTACK ON ALT-NEWS IS TO SILENCE ANY WARNINGS OF LOOMING CATACLYSMS  – 2019-08-03

M6.0 Japan earthquake: Powerful quake strikes off Northern Japan on Pacific Ring of Fire – And the FUTURE looks even DARKER !A STRONG earthquake with a preliminary magnitude of 6.9 has struck the north coast of Japan. It was then downgraded to M6.0 by the  – 2019-03-04

Ridgecrest earthquake aftershocks move toward dangerous faults, sparking concerns of triggered temblors SQ;NASA ,AIRPLANE IS FLYING THE FAULT LINES WITH THE MOST SOPHISTICATED EQUIPMENT IN THE WORLD-SEE NEXT ARTICLE FOR FLIGHT PATH  – 2019-07-23

Matthew 24:1-3;6-8
And Jesus went out, and departed from the temple: and his disciples came to him for to shew him the buildings of the temple.
And Jesus said unto them, See ye not all these things? verily I say unto you, There shall not be left here one stone upon another, that shall not be thrown down.
And as he sat upon the mount of Olives, the disciples came unto him privately, saying, Tell us, when shall these things be? and what shall be the sign of thy coming, and of the end of the world?
And ye shall hear of wars and rumours of wars: see that ye be not troubled: for all these things must come to pass, but the end is not yet.
For nation shall rise against nation, and kingdom against kingdom: and there shall be famines, and pestilences, and earthquakes, in divers places.
All these are the beginning of sorrows [birth pangs, contractions, increasing with greater intensity and frequency].

Considering all of this was forthtold in Matthew 24 as signaling the lead up to the Second Coming of Christ — The Return of the King. It is interesting to correlate how earthquakes have connection to resurrection — the release of exponentially charged energy — life force, per se? I will speculate that the earthquake that happened at the moment of Jesus’ resurrection.
Matthew 28:1-6 (KJV)
1 In the end of the sabbath, as it began to dawn toward the first [day] of the week, came Mary Magdalene and the other Mary to see the sepulchre. 2 And, behold, there was a great earthquake: for the angel of the Lord descended from heaven, and came and rolled back the stone from the door, and sat upon it. 3 His countenance was like lightning, and his raiment white as snow: 4 And for fear of him the keepers did shake, and became as dead [men]. 5 And the angel answered and said unto the women, Fear not ye: for I know that ye seek Jesus, which was crucified. 6 He is not here: for he is risen, as he said. Come, see the place where the Lord lay.
Was This Earthquake Signaling Death Or Life? |
Matthew 27:50-54 (KJV)
50 Jesus, when he had cried again with a loud voice, yielded up the ghost. 51 And, behold, the veil of the temple was rent in twain from the top to the bottom; and the earth did quake, and the rocks rent; 52 And the graves were opened; and many bodies of the saints which slept arose, 53 And came out of the graves after his resurrection, and went into the holy city, and appeared unto many. 54 Now when the centurion, and they that were with him, watching Jesus, saw the earthquake, and those things that were done, they feared greatly, saying, Truly this was the Son of God.

“Presumption of truth is the greatest obstacle to new discovery.” – Chuck Missler
What is the trigger event for all the current trends toward a reset/collapse/chaos? What are we waiting for?! And waiting we have been! For quite some time now!
If you have been paying attention to the events of the last few decades or so, you yourself would have noticed the trend of disasters happening with greater frequency and intensity. And really paying attention you sense that this is leading up to a, convergence.
Following the connection between earthquakes and resurrection, is the trigger event set right before us?
1 Thessalonians 4:13-18 (KJV)
13 But I would not have you to be ignorant, brethren, concerning them which are asleep [dead], that ye sorrow not, even as others which have no hope. 14 For if we believe that Jesus died and rose again, even so them also which sleep in Jesus will God bring with him. 15 For this we say unto you by the word of the Lord, that we which are alive [and] remain unto the coming of the Lord shall not prevent them which are asleep. 16 For the Lord himself shall descend from heaven with a shout, with the voice of the archangel, and with the trump of God: and the dead in Christ shall rise first: 17 Then we which are alive [and] remain shall be caught up together with them in the clouds, to meet the Lord in the air: and so shall we ever be with the Lord. 18 Wherefore comfort one another with these words.
Will this resurrection event correspond with an earthquake?
What magnitude is a “great earthquake”? Magnitude 10?!
Regardless, and more to point, have you done your research on the reality this event has been preached on by pastors in direct lineage, through the ages (pre-1800s), directly back to Paul.
Furthermore, it is clear that Jesus Himself knows the timing of the event, negating the veracity of the current non-logical, non-scriptural interpretation of “date setting”. After all, …
Amos 3:7 (KJV)
Surely the Lord GOD will do nothing, but he revealeth his secret unto his servants the prophets.
And if the First Coming could be calculated, to the exact day, why not the Second (and it’s trigger event)?
Come search the Scriptures with me!
Proverbs 25:2 (KJV)
It is the glory of God to conceal a thing: but the honour of kings [is] to search out a matter.
Related |
Cosmic Codes – Table of Contents – Koinonia House
https://store.khouse.org/pages/cosmic-codes-toc
“In the Beginning was Information.” – Chuck Missler